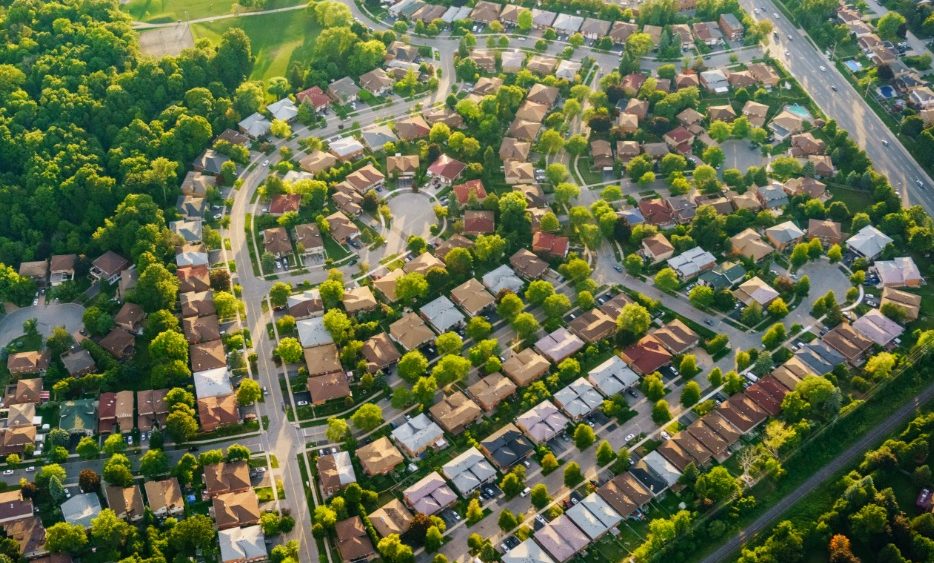 Money Talks: How Much Does it Cost to Live in Canada in 2020?

Are you ready to take the plunge and move to Canada? Canada has one of the highest naturalization rates in the world. This means that the thousands of immigrants who call Canada their new home have not regretted their decision. And it’s not hard to understand why: universal healthcare, a socially progressive government, a reputation for kindness and a beautiful natural environment, there’s a lot to look forward to.

After you apply for your permanent residency visa, the first step is to work out a budget for your first few months’ living expenses and convert your savings to CAD. The Canadian government requires you to have at least $12, 960 to settle in Canada and an additional $3, 492 per family member who joins you.

In this blog, we answer your question of ‘How Much Does it Cost to Live in Canada?’ by looking at housing costs, food costs, transportation costs, and other miscellaneous costs in Canada.

How Much Is Housing Costs in Canada? 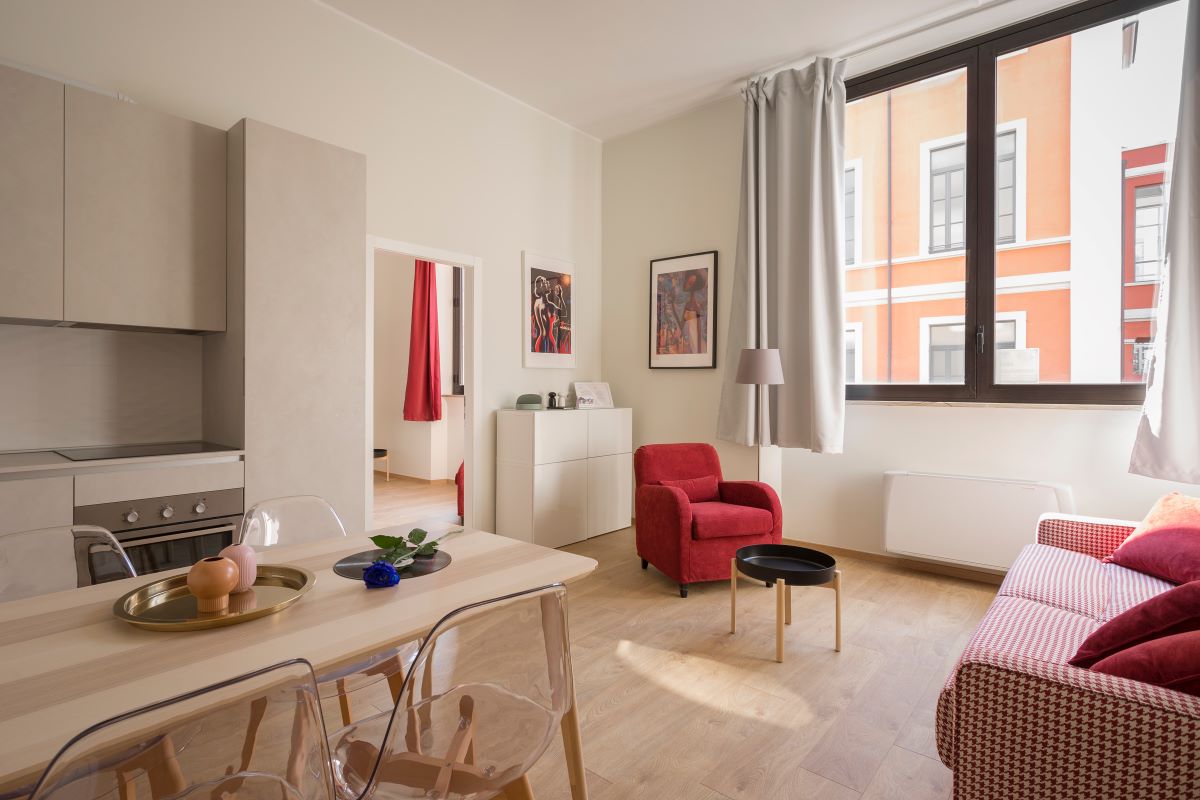 The cost of buying or renting a house or apartment in Canada varies by provinces and cities. Housing costs are influenced by population (popularity, competitiveness), infrastructure, and job opportunities. The general consensus is that housing costs in Canada’s northern regions are cheaper compared to western Canada because it’s less populated and characterized by a slower pace of living and smaller cities.

However, newcomers to Canada are drawn to cities such as Toronto, Vancouver, Ottawa, and Montreal because they are popular with the outside world and offer more job opportunities in professional industries. However, these cities also tend to be the most-populated with above-average rental prices, especially if you’re looking for an apartment or house near or in the city center.

The most expensive city in Canada is Vancouver followed closely by Toronto.

To purchase a 2-bedroom house in Vancouver will cost approximately $869, 211 whereas a similar home in Fredericton is about $175, 976. Fredericton is a city in New Brunswick, one of Canada’s Maritime provinces situated in the north-east.

We further compared rental prices between these two cities below:

How did COVID-19 impact the Canadian economy for immigrants?

How Much Does Food Cost in Canada? 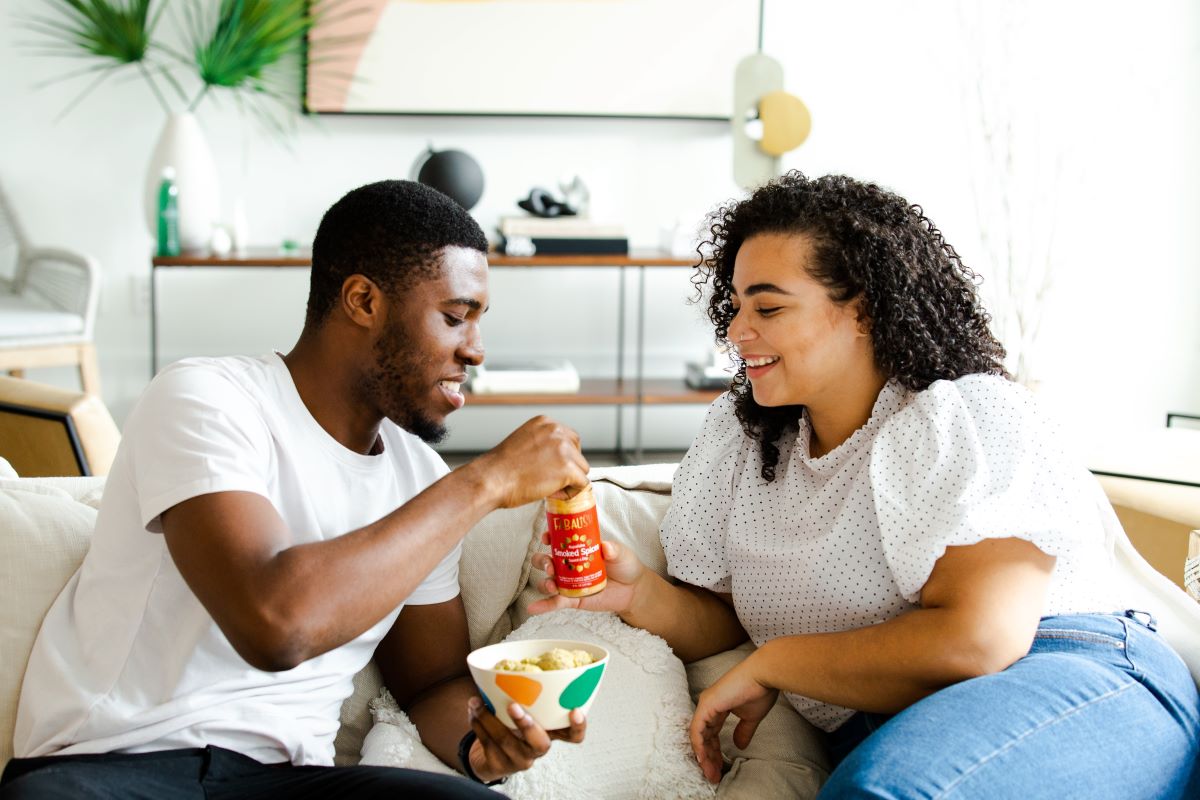 Canadians are foodies at heart. Living in a multicultural nation they enjoy cuisines inspired by countries all around the world. But how much will you spend on your monthly groceries and eating out when you move to Canada? Statistics Canada reports that the average Canadian household spends about $214 per person on food excluding takeaways and eating out.

However, according to economists, if you want to pay less for food in Canada it’s best to live in the provinces of Alberta, Saskatchewan, New Brunswick, and Nova Scotia who are expected to experience below-average food inflation rates in 2020. Whereas, Quebec, P.E.I, Manitoba, and British Columbia will see higher than average food inflation rates.

Surprisingly, living in the Territories is the most expensive when it comes to groceries. Partly because nearly all food must be brought in either by ship or by air. Perishable goods, such as dairy products, fresh fruits, and vegetables cost the most.

But the most important question of all: how much will I pay for a delicious serving of Poutine? Find out below.

How Much Do Healthcare and Schools Cost in Canada? 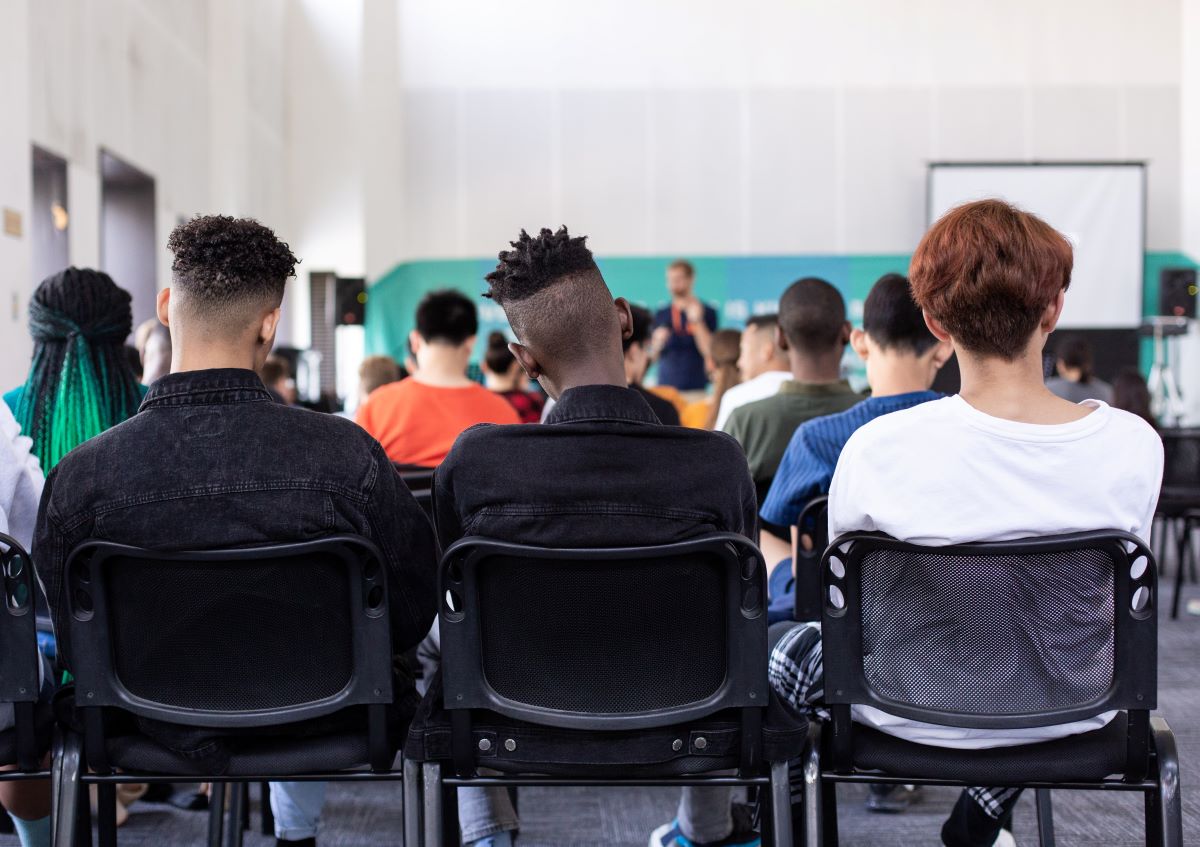 It doesn’t have to cost anything because in Canada you get access to all medically necessary healthcare (70%) through Medicare, Canada’s public healthcare system and public schools (primary and secondary) are free of charge too. Technically, it’s publicly funded. According to the OECD, in 2017, Canada spent around $6,478 on healthcare per person and about $11, 275 on education per student.

However, as a new immigrant in Canada, you will have a waiting period of 3-months before you can apply to be covered by Medicare. For this reason, you may want to get private health insurance during this interim. It can cost around $75 – $100 per month. The good news is that Canada has significantly lower costs when it comes to prescription medication and in Ontario, prescription medicine is free of charge for under 25’s.

Costs of Other Living Necessities 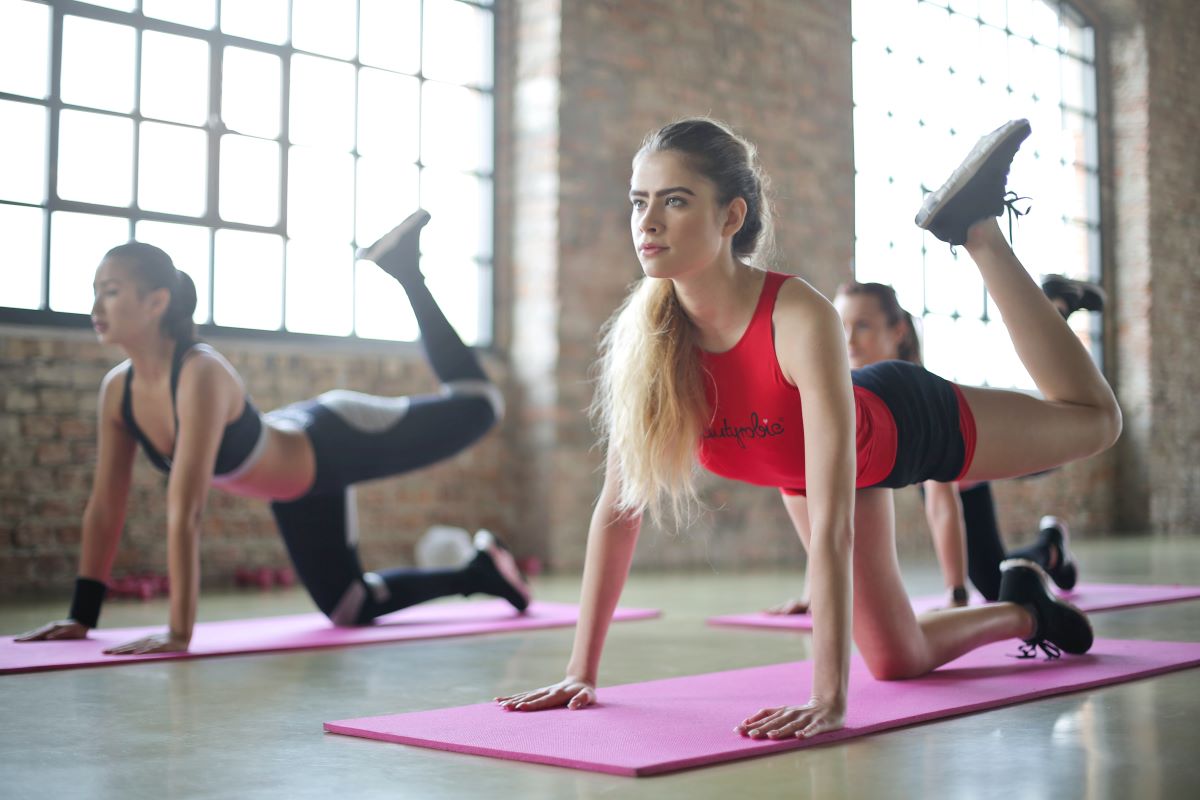 Will you be driving your own car? Do you like to keep fit? How much time do you spend on the internet? There are other monthly things that you’ll need to cover when you move to Canada, such as gas, gym membership, and mobile data. While Canada is notorious for high wireless data rates they make up for it with lower university and college tuition fees compared to the US. The gas prices have also dropped to 73, 9 cents per liter in 2020 due to COVID-19 in the Greater Toronto Area (GTA). This is a drastic drop from 1,160 per liter seen in previous years.

How Much Should You Earn to Live in Canada?

It really depends on your standard of living. According to Statistics Canada, a single person needs to make a minimum annual salary of $50,000 before taxes in order to live alone in Toronto’s CBD. This includes rent, fitness membership, dining out, outings, and lots of takeaway coffee (of course) which equates to Toronto living, aka a higher standard of living.

The good news is that the average Canadian salary is around $52, 600 -$56, 000 after tax which should cover your annual living expenses even in the most expensive cities like Toronto and Montreal or Vancouver. So, where should you work in Canada to earn top dollar? Alberta has the highest minimum wage rate in 2020 at $15.00 per hour and Saskatchewan has the lowest at $11.00 per hour. 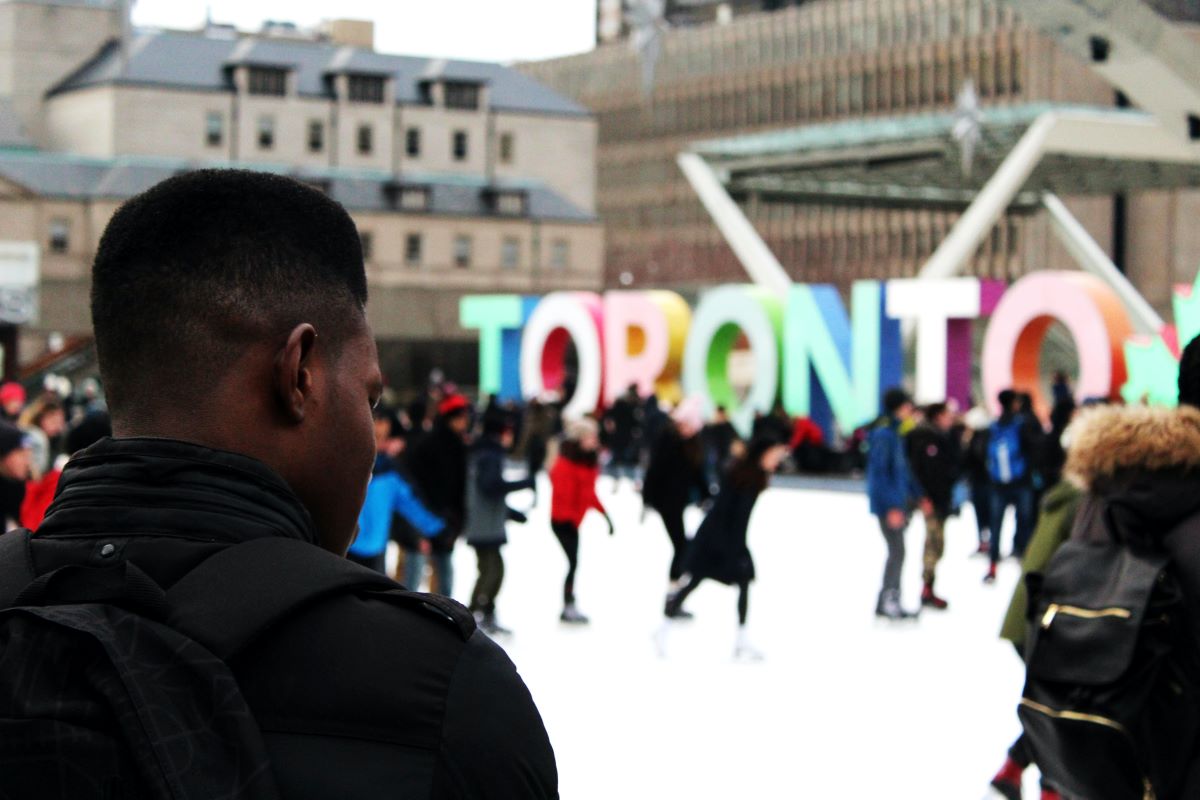 What are real people saying on Quora.com?

“If your salary is $4000 after tax deductions, you can easily live in Canada and still save a good amount of money. I have relocated to Canada from India on a long term assignment. I am staying in Mississauga City. I have a family of 3 (Myself, My Wife and a 3 year old daughter)”

“a Canadian Couple can even live on 2 Thousand a month.”

Ready to Move to Canada? We Can Help

Multi-Dimension Consulting (MDC) is a professional immigration and visa agency situated in Vancouver, Canada. We take care of the entire immigration process on our client’s behalf. We are headed by a team of Regulated Canadian Immigration Consultants (RCICs) who are authorized by the Canadian Government to assist people from across the world to apply for their visas to work, study, visit or immigrate to Canada.

We take care of the fine print while you choose your dream destination in Canada for you and your loved ones. All you have to do is complete our application form to receive your eligibility assessment today. It’s just that simple.