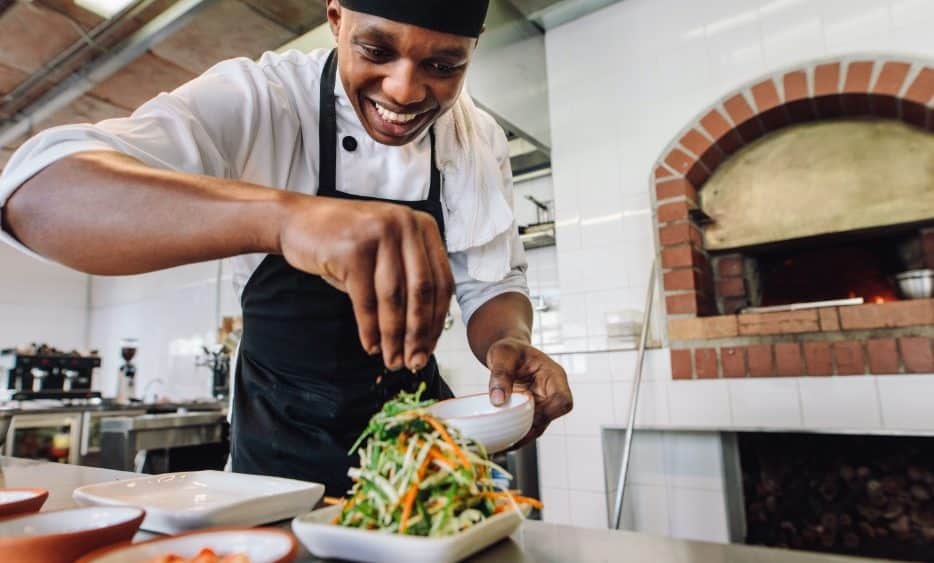 To Eat or Not to Eat: 6 Jobs in Canada’s Food Industry

To eat or not to eat? If you ask Canadians the answer will always be: let’s eat! For this very reason, you simply can’t go wrong pursuing a career and job opportunities in Canada’s booming food industry. From grain to bread to the burger served at your favorite restaurant – there are various sectors in the food industry that employ thousands of Canadians, permanent residents, and newcomers to Canada.

We used recent data from the Government to narrow down the top 6 jobs in Canada’s food industry by comparing job prospects and demand throughout the country. It turns out that the results favor workers with intermediate skills and those with specific trade skills.

Discover which jobs to pursue, where to work in Canada, and how much you could earn in the big, and versatile food industry! 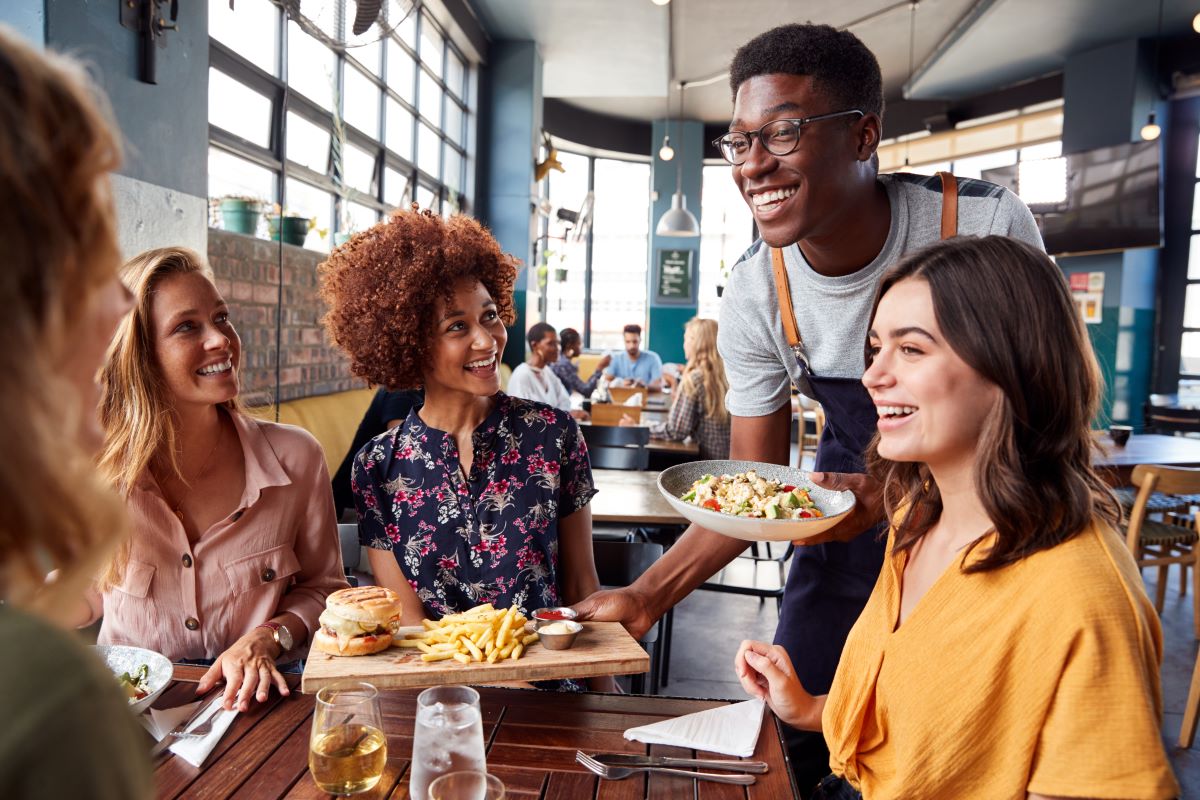 Where to find the most jobs in Canada: Nova Scotia, Ontario, British Columbia, and Nunavut

Food and beverage servers are considered to be tourism-related occupations. For this reason, servers in Canada are readily employed in the tourist hot spots across the country such as Toronto, Vancouver, Whistler, Halifax, and now even in Iqaluit with the opening of two new hotels. Servers in Canada earn a basic salary and enjoy tips of approximately 15-20% on the total bill.

Read more: How to work in Canada as a Server 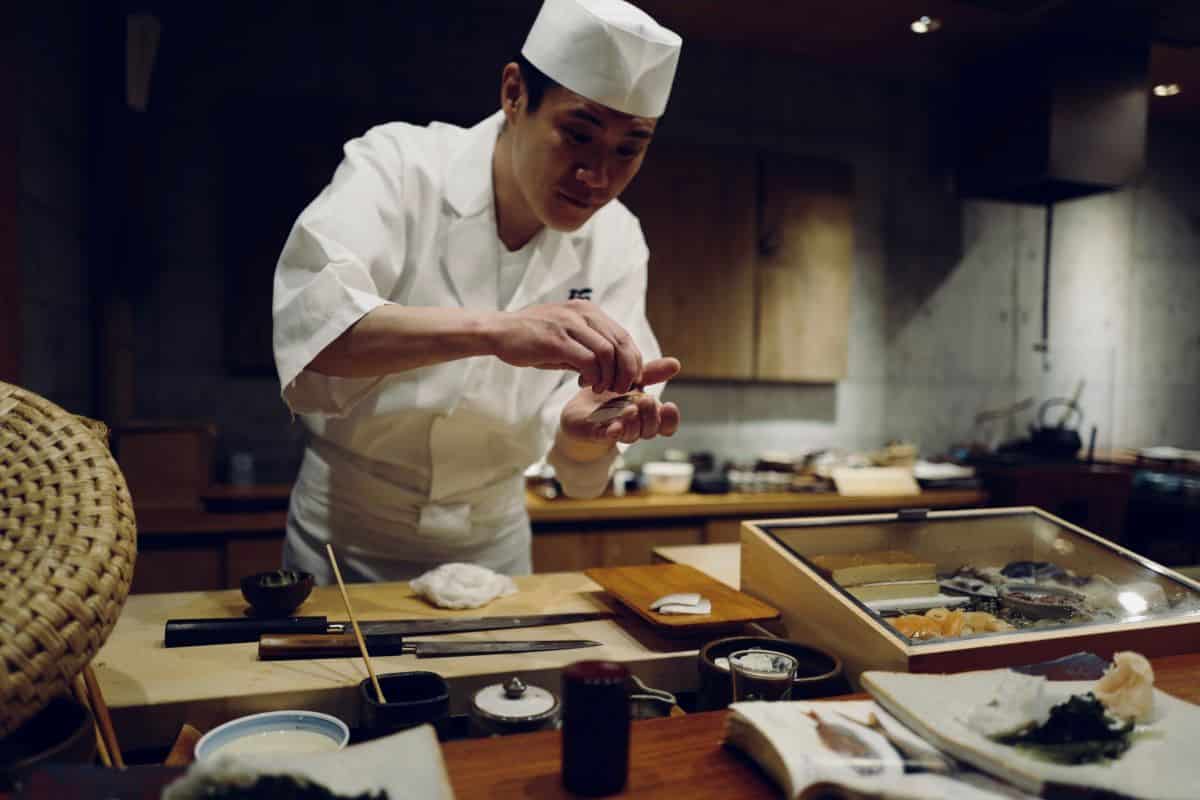 Where to find the most jobs in Canada: Prince Edward Island, Nova Scotia, Ontario, and the Yukon Territory

Canada’s population is made up of 250 different ethnic groups which make for a unique and highly diversified culinary experience. Cuisines from China, India, South Africa, and Mexico among others are expertly prepared at ethnic restaurants and food trucks across the country.

Many cooks and chefs in Canada have foreign ties, bringing their local flavors to the Great North. In most cases, foreign workers must have a culinary diploma or hospitality management education and English language proficiency to work in Canada. 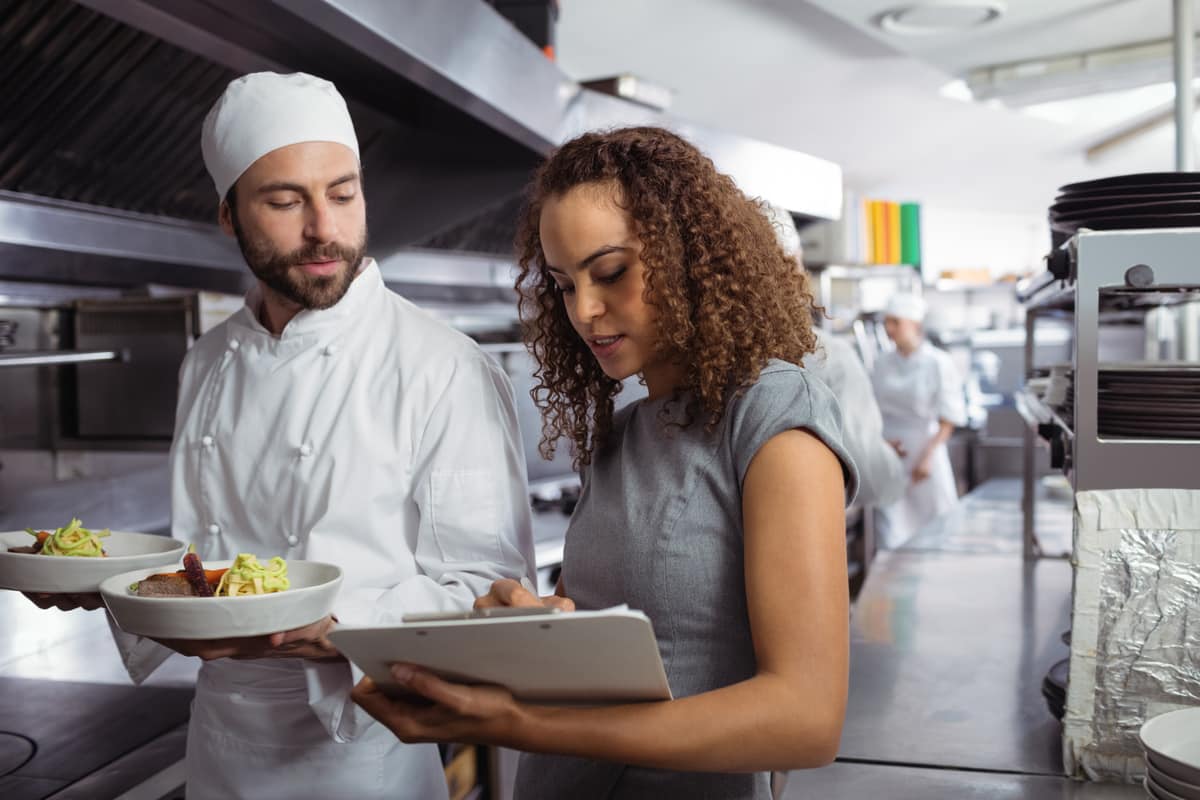 Where to find the most jobs in Canada: Nova Scotia and British Columbia

The majority of immigrants in Canada (35%) work in accommodation and food services. Every restaurant and food establishment in Canada needs someone to check the quality of the food, deal with customer complaints, and order stock – that’s where food service supervisors come in. One of the most common and easily accessible benefits for this occupation is the employee discount. Most restaurants offer supervisors and managers free meals while they are on duty. Who doesn’t want to dine like a king every day? 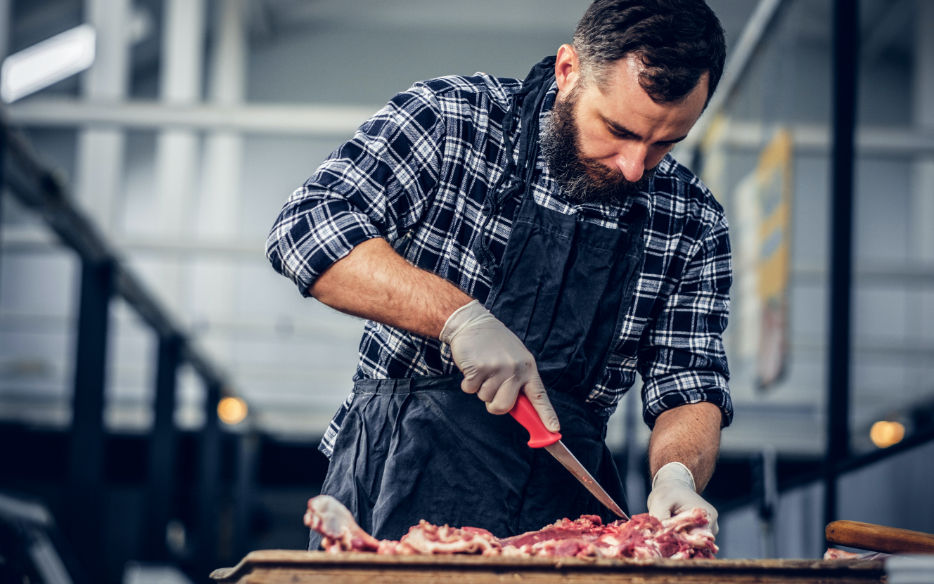 Where to find the most jobs in Canada: Saskatchewan, Quebec, Ontario, and Manitoba

Jobs in Canada for butchers and meat cutters are increasing as fewer Canadians show interest in this particular trade profession due to the nature of the job and the increased popularity of veganism. In fact, butchers are so highly sought after throughout the country that the Government has made it even easier for employers to hire butchers from overseas by removing the tedious LMIA – a requirement when applying for a work permit.

Read more: How to work in Canada as a Butcher 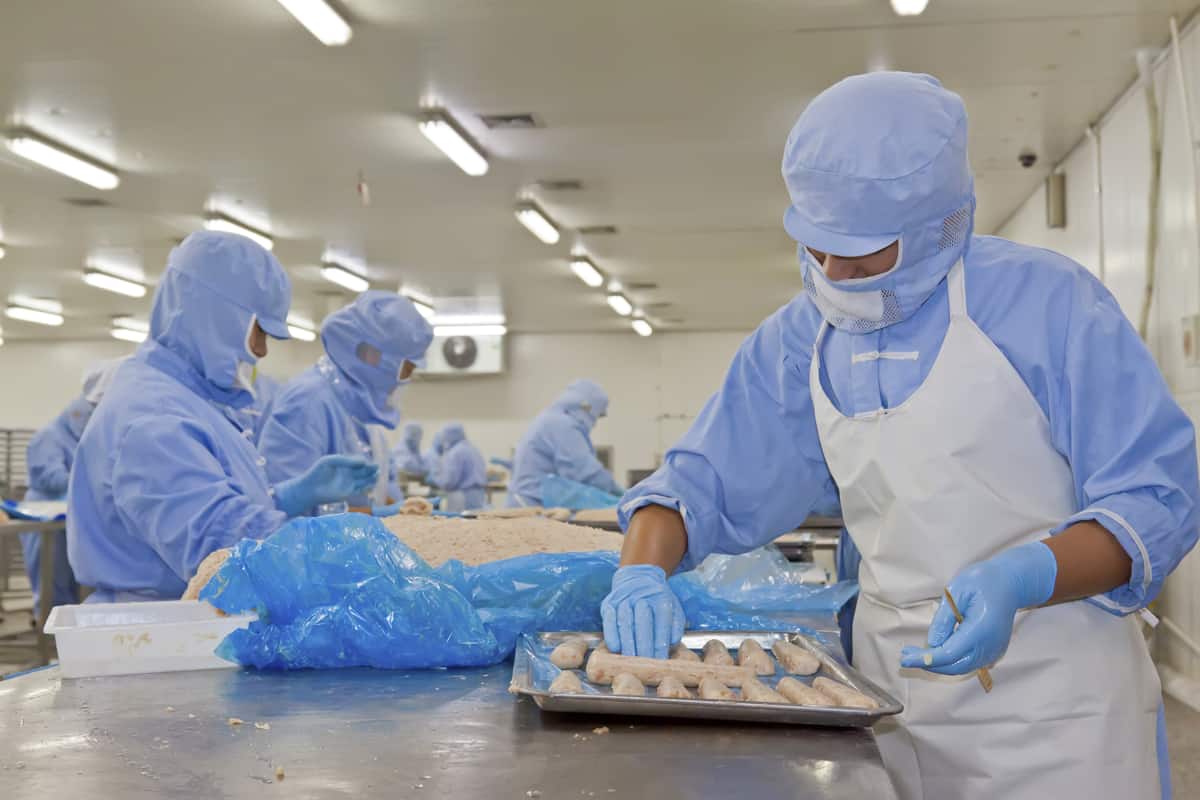 Where to find the most jobs in Canada: Prince Edward Island and Saskatchewan 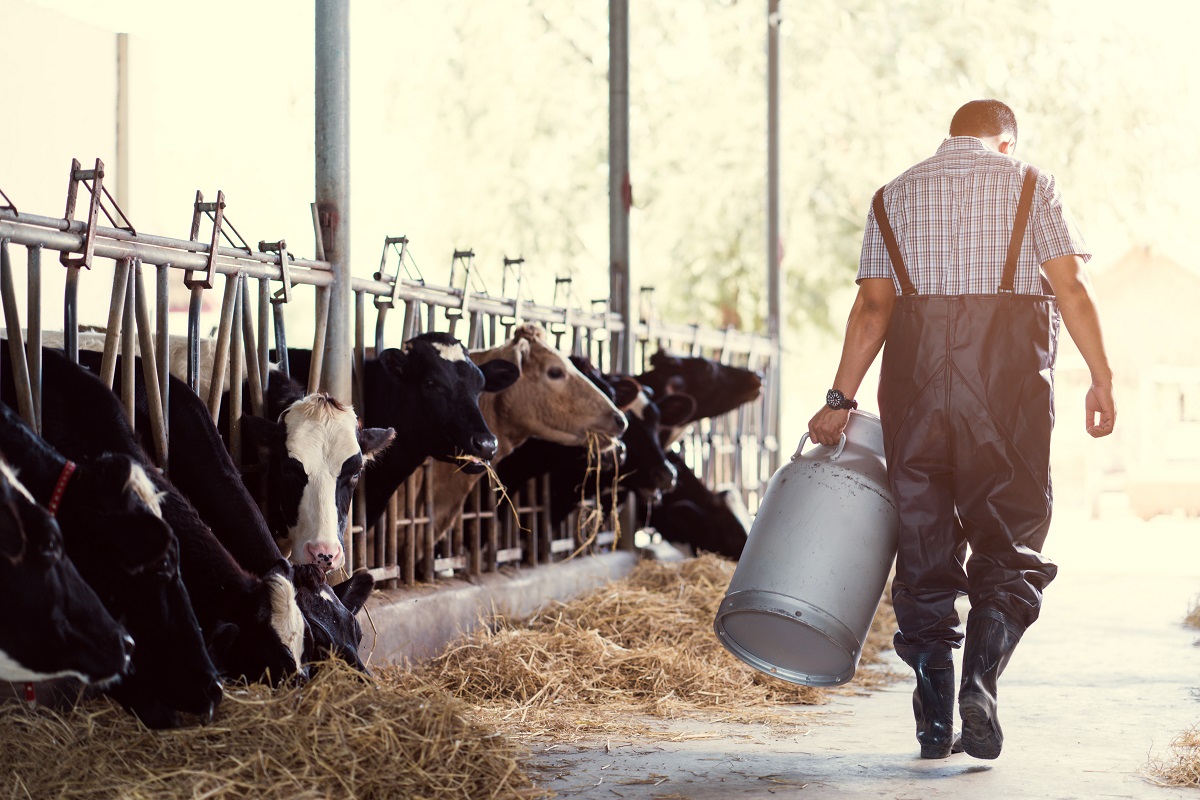 Where to find the most jobs in Canada: Prince Edward Island and Ontario

Ontario has the greatest number of farms in the country with just over 25.0% of all Canadian farms. The province is a key producer of crop and livestock products. This creates an ongoing demand for farmworkers from overseas, especially in peak farming periods, as crops have to be processed within a short time to avoid losses. On the other hand, Prince Edward Island is Canada’s biggest producer of potatoes due to its red, iron-rich soil. The maritime province readily hires seasonal foreign workers to ensure there is never a shortage of delicious Canadian Poutine to go around, eh.

How to Work in Canada’s Food Industry 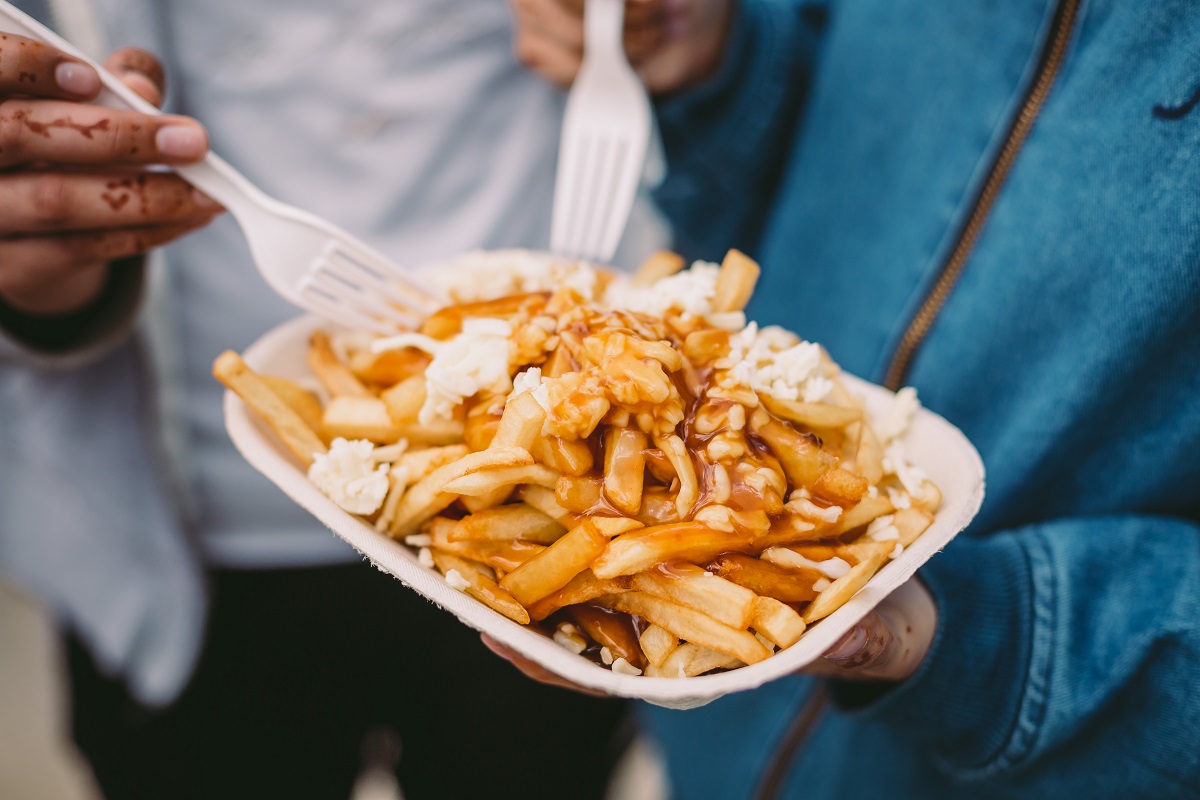 The most obvious way to work in Canada is by securing a job and applying for a work permit. However, for the purpose of this article, we want to dive into options of working in Canada indefinitely as a permanent resident. We briefly discuss three of the most popular immigration pathways in Canada below:

You may have heard of the Express Entry system. It’s Canada’s main immigration channel that fast tracks skilled worker applications from around the world. The entire process works on a points-based system that ranks candidates based on the competitiveness of their online profiles and sends the highest-ranking candidates Invitations to Apply (ITA). Points are awarded for the following criteria:

Canada plans on welcoming 91, 950 foreign nationals through the Express Entry system in 2021.

Semi-skilled and intermediate skilled foreign workers may not be able to apply for immigration to Canada via Express Entry but they do have an equally exciting option namely the Atlantic Immigration Pilot. The immigration pilot is designed to help employers in Canada’s maritime provinces recruit and retain skilled workers from overseas by filling labor shortages in their respective regions.

The most jobs in Canada’s food industry can be found in the smaller and tranquil maritime regions. This is because the majority of Canada’s population is huddled in its three biggest cities; Toronto, Vancouver, and Montreal.

The pilot is industry-specific, aimed at attracting non-seasonal farm and livestock workers who have the intention of settling in Canada. The program requires applicants to have at least 1-year of non-seasonal work experience in Canada and a full-time job offer from an employer within an eligible industry before they apply for permanent residency. Find out more below.

Start Your Journey with Professionals 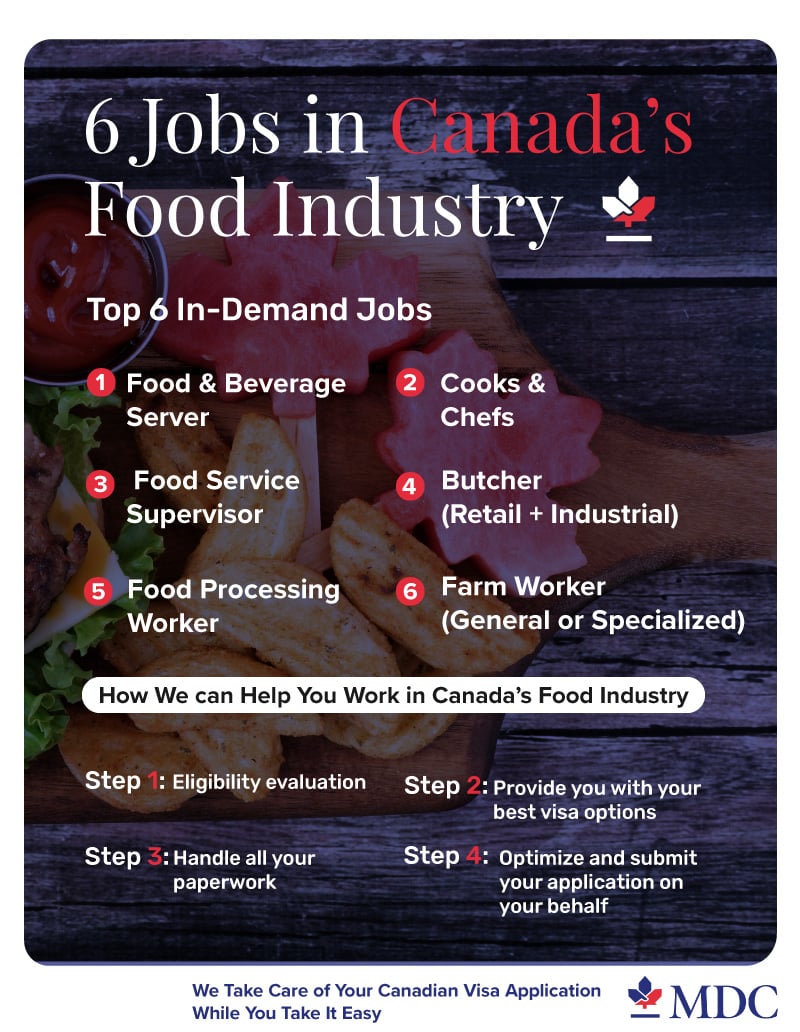 If you’re interested in knowing more about how you can work in Canada – we can help. Multidimensional-Consulting (MDC) is a certified visa and immigration agency situated in Vancouver, Canada. We specialize in assisting foreign nationals to navigate their way through the intricate Canadian visa and immigration system by handling the entire process on their behalf.

Our RCICs are registered with the Immigration Consultants of Canada Regulatory Council (ICCRC) and are legally permitted to assist you by evaluating your eligibility, reviewing all documentation, and submitting it to the Canadian government.

Don’t risk your chances of living your Canadian dream. Let us make sure that all forms are completed correctly and sent in on time. Simply fill out our application form to receive your assessment today and take one step closer to a better life in Canada.

How to submit the Best Express Entry Application!
Teach Your Way to Canada
How the Canada Immigration Points System Works